tipi v0.0.36 aka "Zealful Zebra" - painless, automatic and version-abiding build caching for everyone and a lot of bugfixes 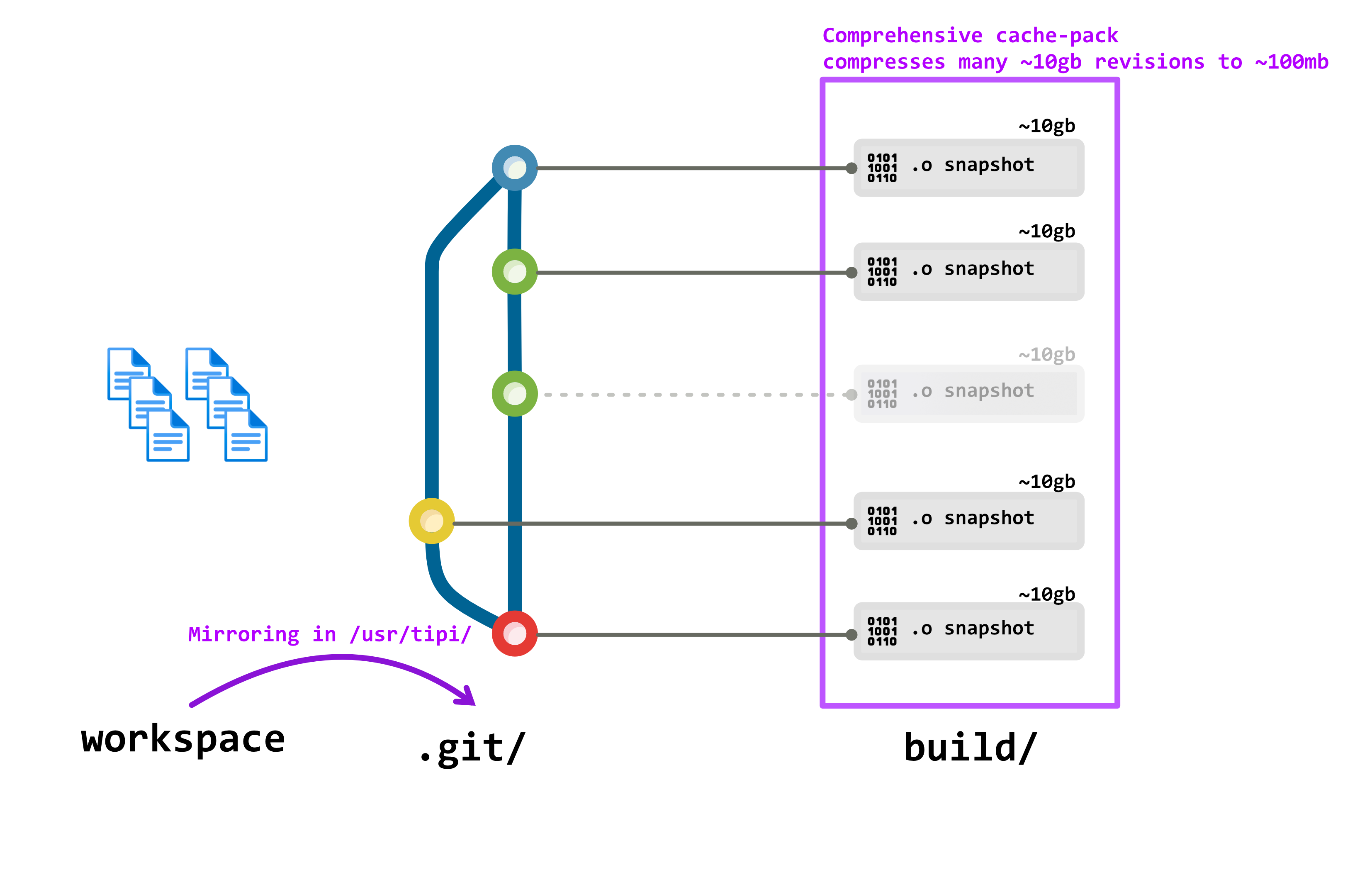 With tipi v0.0.36 we are officially releasing the foundations of our global build cache effort into general availability. This means that from now on builds executed on the tipi cloud will benefit from tipi's automatic versioning-abiding cache mechanism to significantly speed up your builds.

For this first release we focused specifically on the day-to-day performance gains when working in a remote or CI setup, most notably in the cases when a new build node gets deployed.

The best thing about the new tipi cache? It completely transparent to use! It is active for all remote builds by default starting with this release.

Learn more about the cache in our documentation.

In the next months we will push a number of updates specifically regarding the cache to further improve it's usability and performance.

One of the top priorities is to enable sharing of caches accross different levels (private, team, organization, public), especially for dependencies, to enable an "instant dependencies" experience very soon!

For the full detail head over to the CHANGELOG for the new release.

You can find the commands in the on-boarding wizard.